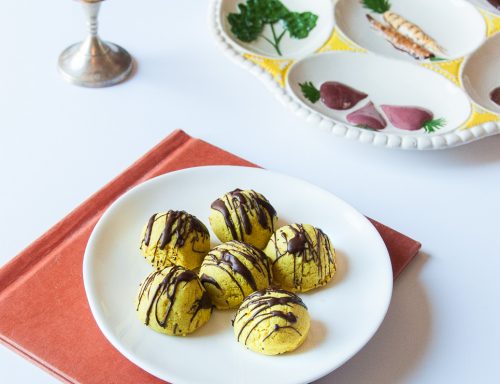 In the past we shared features on other big food holidays and today we’re shedding some light on Passover, as many of the traditions and celebratory rituals circulate around food. Coconut macaroons are a typical Passover dessert, but we gave them our own Cornucopia twist. Ours are vegan, paleo, and include spices for extra health benefits. Read on to learn a bit about what the food of Passover entails and how to make these crowd-pleasing golden macaroons! 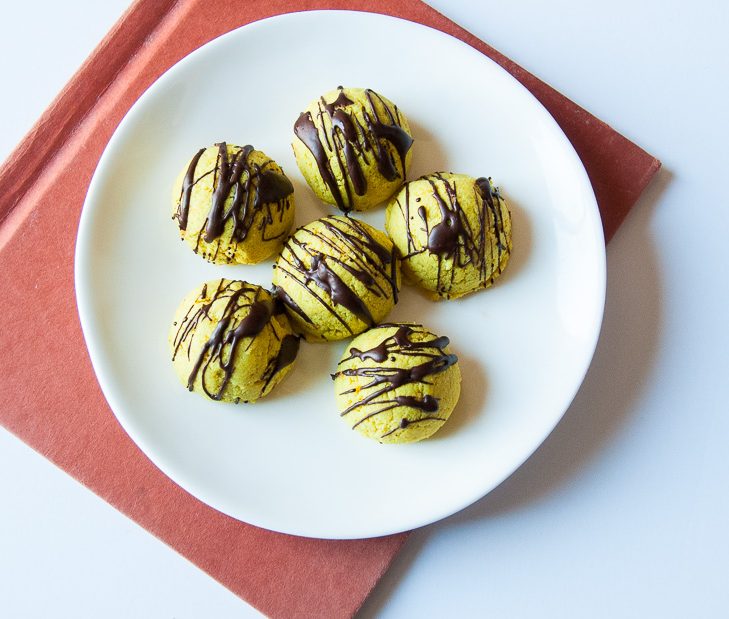 Passover is an important holiday in the Jewish heritage, signifying the people’s journey to freedom from Egypt. In remembrance, certain food is removed from the diet for the holiday’s 8 day span. These foods include: Hametz (leavened food, or food containing a leavening agent) and Kitniyot (legumes, many grains and corn) for those of Ashkenazi Jewish descent. 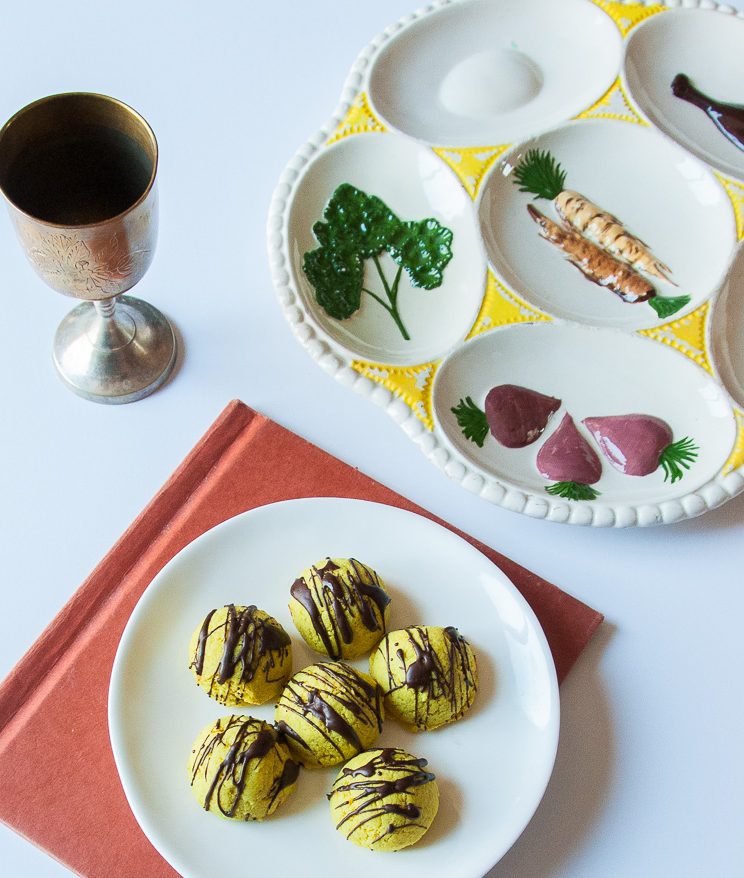 On the first and/or second night a Seder is held; translating to “order”, a Seder is a ritual feast including reading, prayers, wine and food all in a specific procedure. The Haggadah is the book used that explains the food, stories and order of the Passover Seder. The Seder plate holds food as symbols for the Hebrew’s experiences from Egypt:

Maror and Hazeret: Bitter herbs for the harshness of slavery, such as horseradish and romaine lettuce.

Charoset: A mix of apples, nuts, raisins and wine to represent the mortar and brick used to build the pyramids

Karpas: Another vegetable, such as parsley, dipped in salt water, to represent Spring, hope and renewal.

Zeroa: A shankbone (the only meat element), used to symbolize the lamb offered in the Temple in Jerusalem. (note: for many veg-centric gatherings, beets can be used in its place)

Beitzah: A hard boiled egg, represents the festival sacrifice offered in the Temple of Jerusalem.

MATZAH: Last but not least, this represents the unleavened bread the Hebrew’s made for the process of fleeing Egypt. 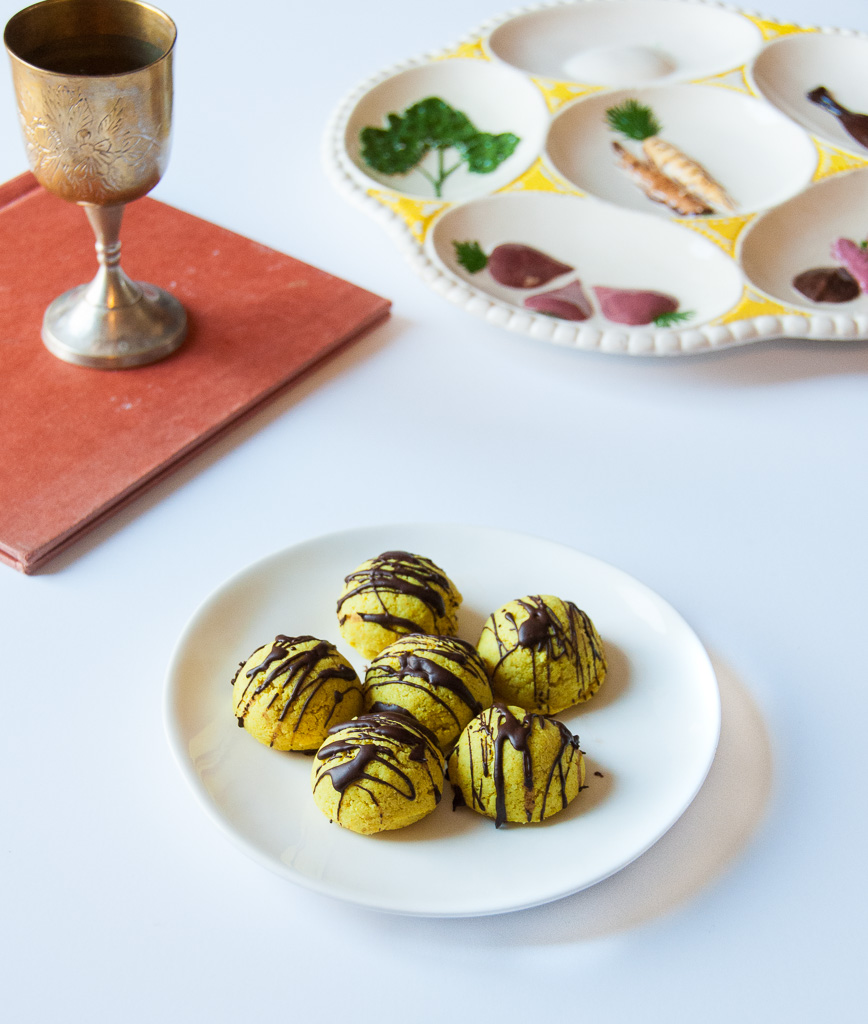 The interesting part about Passover cuisine is the elimination of grains and legumes make many dishes inherently paleo. Gluten free options are abundant too, and the heavy use of vegetables makes it easy to fit in vegan options. For our Passover recipe we decided to go with something on the sweet side that fits all diets, while remaining perfectly inline with the holiday’s traditions. These coconut macaroons are grain free, vegan, paleo, and high in healthy fats. Plus, they utilize spices to give them an extra flavor-kick and inflammation-fighting boost. 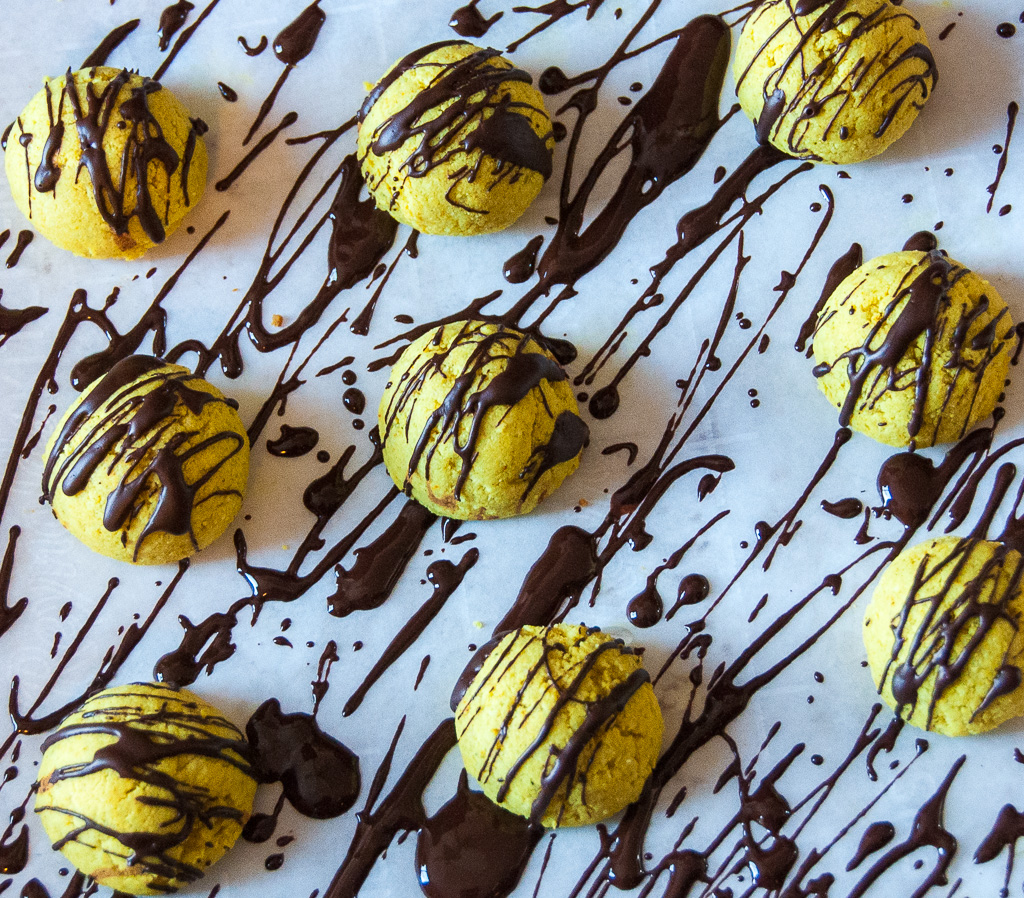 We’re sure these bright, chocolate covered macaroons will stand out on your table and make that ‘Passover diet’ more bearable. They’re also easy to make and kid friendly. So, whip up a batch to celebrate these last few nights and let us know what you think. Pesach Sameach! 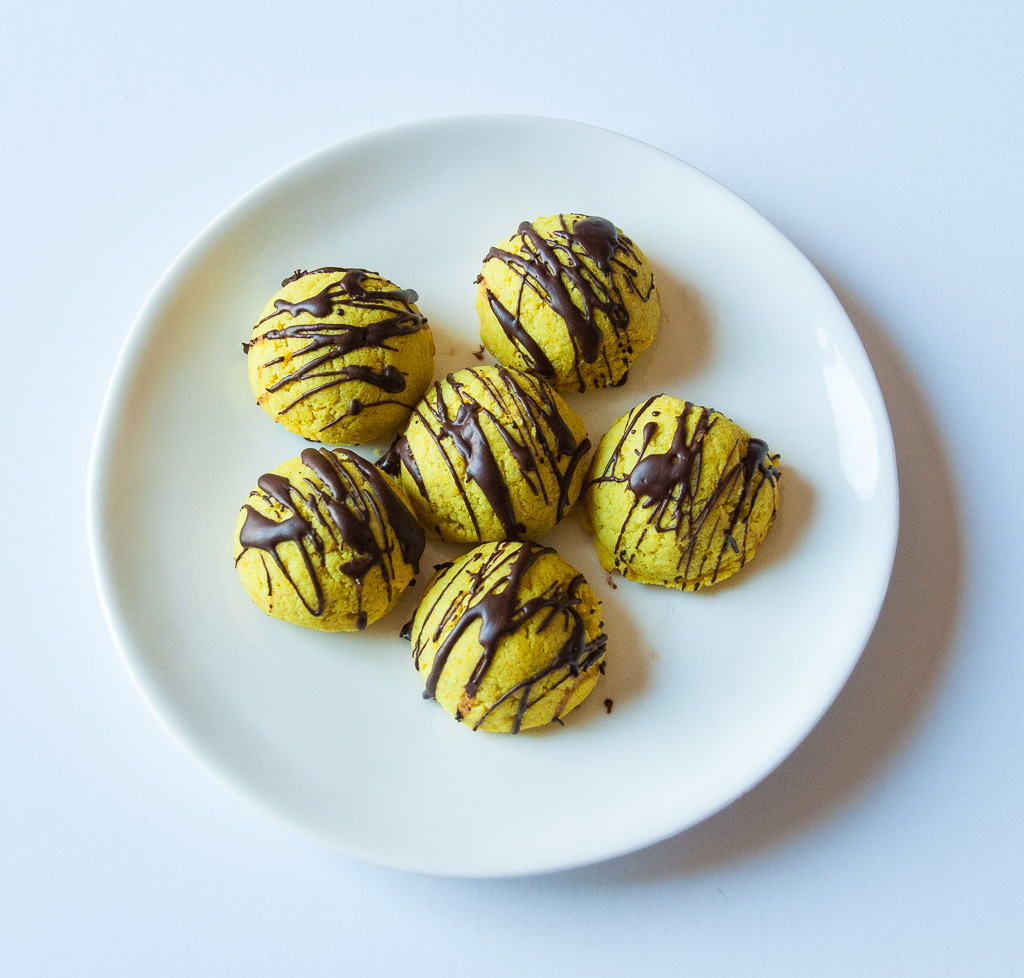